What Happens To Chlorine Residuals In A Newly Mixed Drinking Water Storage Tank?

A quick primer on what to expect. 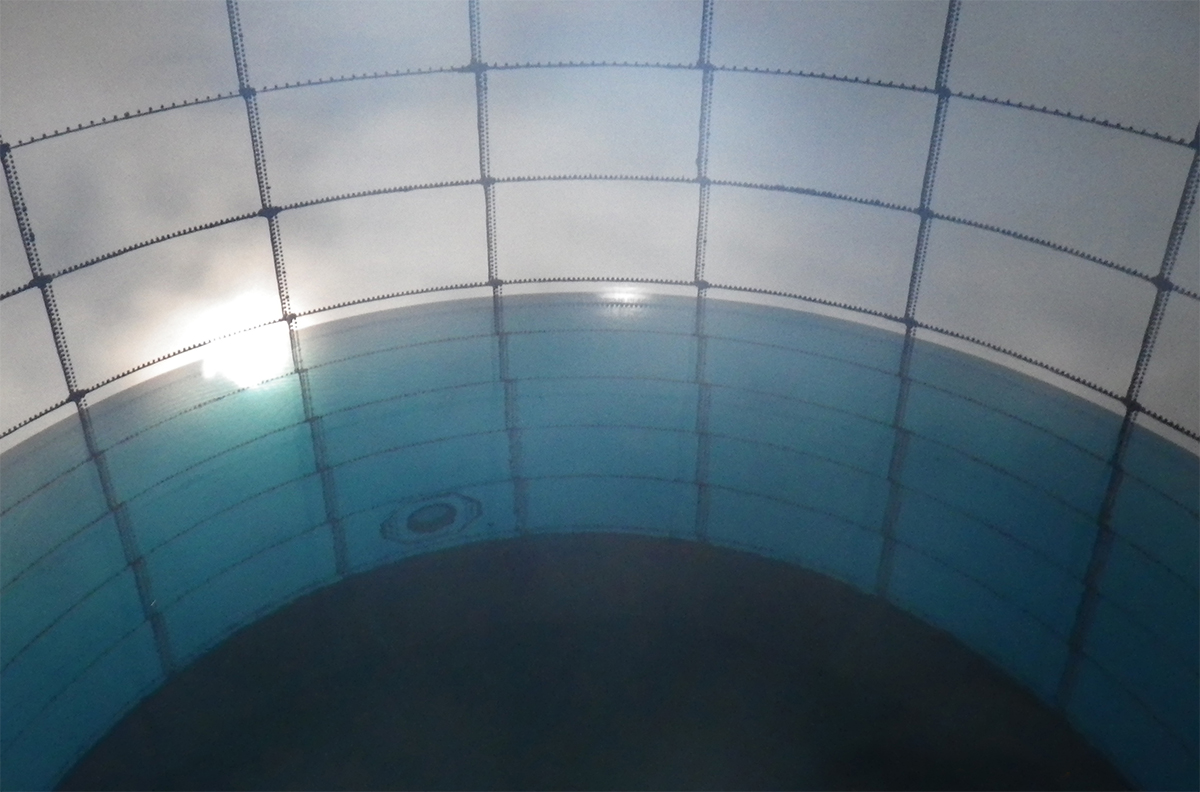 Active mixing is one of the best and easiest strategies to improve and maintain water quality in your drinking water storage tanks. The following are some key concepts to help you understand what may happen to chlorine residuals immediately after active mixing is introduced.

Without an active mixer in the tank, water quality is dependent on incidental mixing caused by regular tank cycling between high and low levels. Sometimes deep draw downs or a system of inlet / outlet check valves have been employed in an effort to improve mixing. Neither of these strategies are very effective.

When temperature stratification begins to form during warm months, so do water quality problems.

New water entering the tank is cooler and has higher chlorine. This new water will remain at (or quickly go to) the bottom of the tank. Colder water is always the first water out of the tank while warmer water remains at the top of the water colmn. Over time the warm upper water suffers stagnation and low residual chlorine creating a perfect condition for bacterial growth. As these bacteria take hold, biofilms develop on internal tank walls and fixtures.

After an active mixer is installed, the tank “normal” begins to change for the better.

Right from the start, water column temperatures will begin to converge toward one temperature for the whole tank indicating a fully mixed condition.  As this takes place, a couple of things begin to happen...

#1- The chlorine from new water becomes evenly distributed throughout the entire tank, and

#2- The chlorine has much better contact with pre-existing bacteria and biofilms.

Both of these results will actually lower the chlorine residuals in the short term, one by dilution (#1) and the other by consumption (#2).

The overall chlorine level in the tank declines as the new inflow cooler water (higher chlorine residual) is mixed with the older warm upper water (low chlorine residual). This dilution effect is usually completed within 1-3 days of installing an active mixer.

Chlorine can be consumed quickly as is begins to eliminate existing bacteria on tank sidewalls, internal fixtures and in the water column. Consequently, residual chlorine in the tank will remain depressed for a certain period of time (sometimes for several weeks, see below) while existing biofilms are being eliminated.

The process of chlorine destroying bacterial biofilms in the tank is slowed down by a concept often referred to as the “double diffusion boundary layer problem”. This term sounds complex but in reality it is fairly straight forward. In our case it relates to how fast the chlorine can destroy biofilms on submerged tank surfaces.

The moment a chlorine molecule in the water contacts a sidewall biofilm and is consumed, there is a small “chunk” of water beside the biofilm which no longer has any chlorine in it. Chlorine molecules in nearby water must diffuse through this layer to further reach any living biofilm. At the same time, the just-dead bacteria on the sidewall creates a cover of sorts which shields the underlying living biofilm from chlorine. So new chlorine must also diffuse through this layer as well to continue to kill bacteria. With active mixing, this process is expedited and can occur fairly quickly. 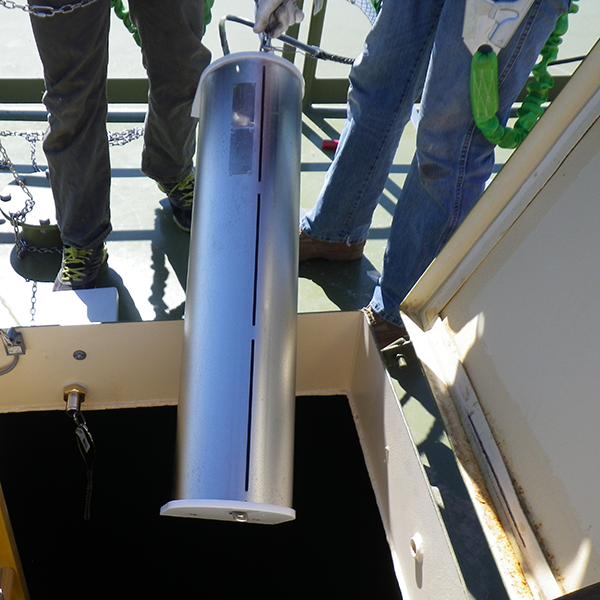 With a fully mixed condition achieved and maintained, chlorine will always win out over bacteria and biofilm. Chlorine residuals then stabilize and closely mirror that of fresh incoming water.  How long it takes for that to happen is dependent on when the tank was cleaned last, how many bacteria are in the tank and the chlorine level of incoming water. In most cases, the residual chlorine will stabilize in one to four weeks after active mixing is installed though in some cases it can take up to eight weeks.

To summarize, it is normal to see a temporary drop in residual chlorine after an active mixer is installed in a drinkingwater storage tank. How temporary depends on the amount of bacteria, the amount of chlorine, and the effectiveness of the active mixer. Overall, a fully mixed tank provides much safer drinking water at a very low cost. It just takes a bit of time at the start to adjust to the new and better normal.

This paper specifically deals with temporary low chlorine after an active mixer is installed into a drinking water storage tank. This is much different than incoming water already having a chronically low chlorine residual. In the latter case, chlorine monitoring and boosting may be needed.

Ixom Watercare also has automated disinfectant monitoring and control systems for use in distribution tanks and along the line. Better residual management in distribution can have a dramatic effect on water quality, overall chemical use and disinfection by-product (DBP) formation.

the PDF version of this article.

Get the latest updates and information from Ixom Watercare!